Many of the bus services in South Devon are operated by Stagecoach and the First Group.

Below are a variety of views taken mostly around Torbay, showing these services and

others of some of the smaller operators. All photographed in Autumn 2011. 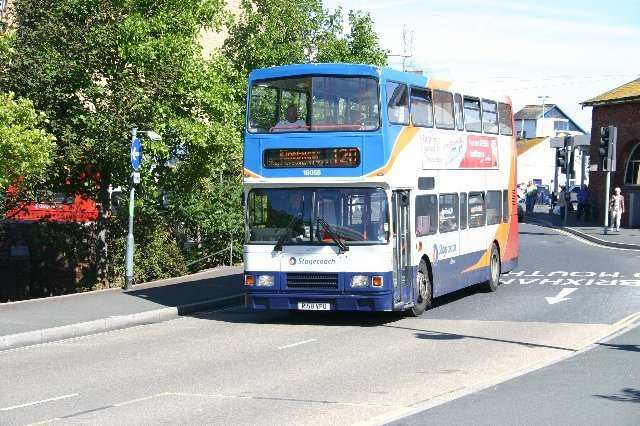 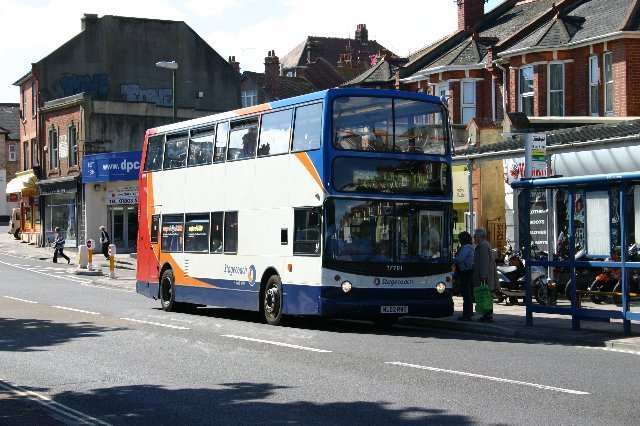 Dennis Trident / Alexander 17701 heads a 12A service away from Paignton to Castle Circus, Torquay. 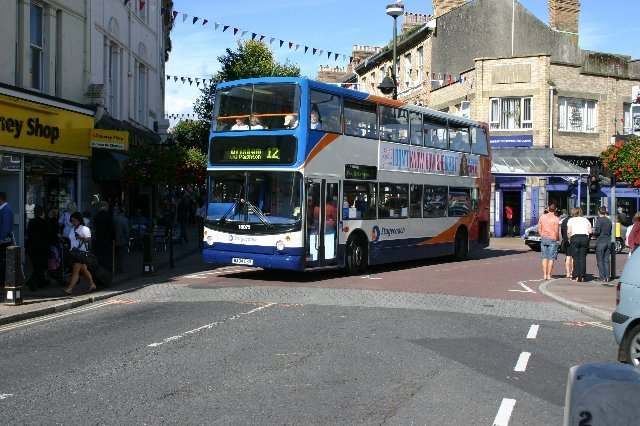 service No 12 from Newton Abbot to Brixham. 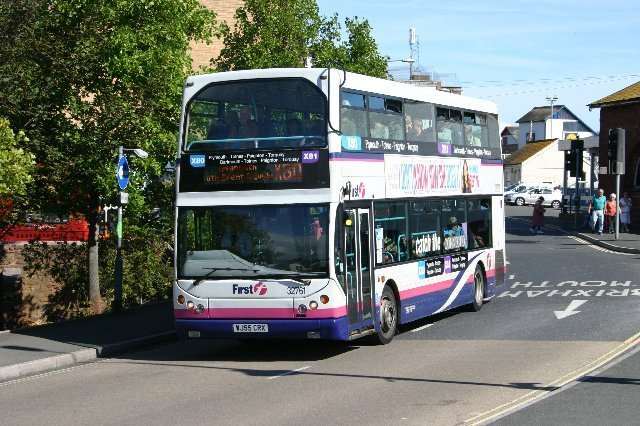 First's Dennis Trident 32761 at Paignton with an X80 service from Torquay to Plymouth. 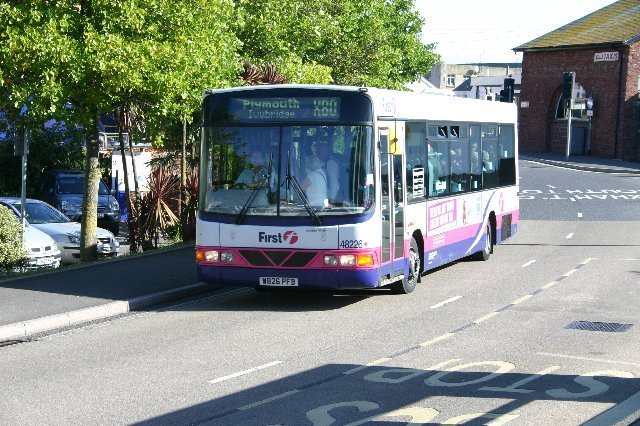 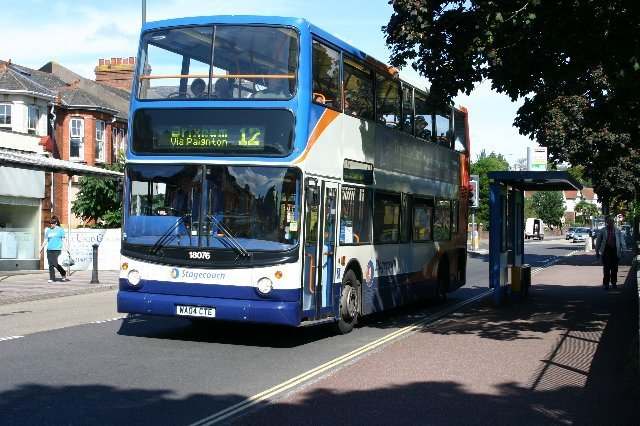 Trident 18076 approaches Paignton with a No 12 Newton Abbot-Brixham service.

The Riverlink arm of the Dartmouth Steam Railway also operate some services locally. 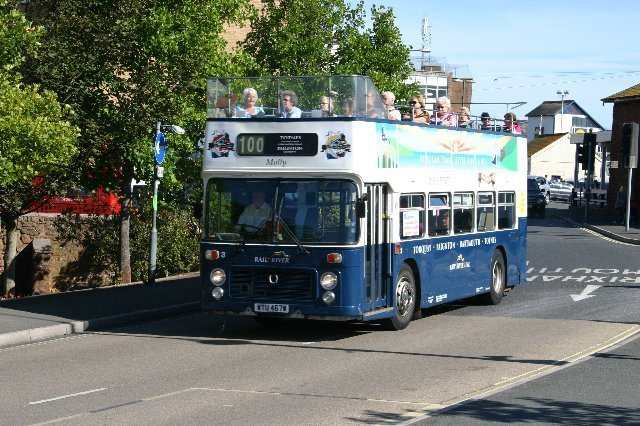 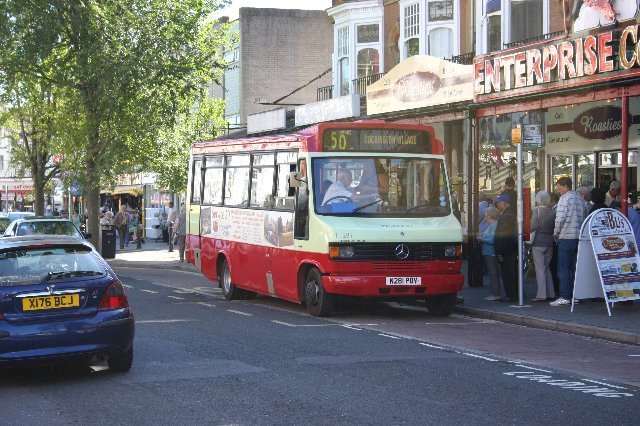 Here, an Ex-Plymouth Citybus Mercedes 709D N281PDV waits to depart with the 50 service to Cockington village. 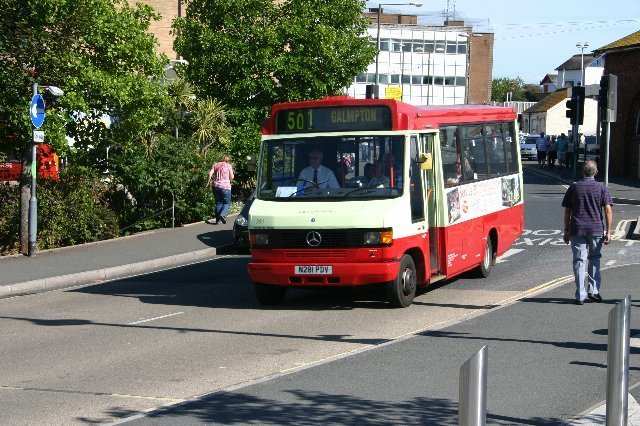 utilising the same Mercedes 709D as above. 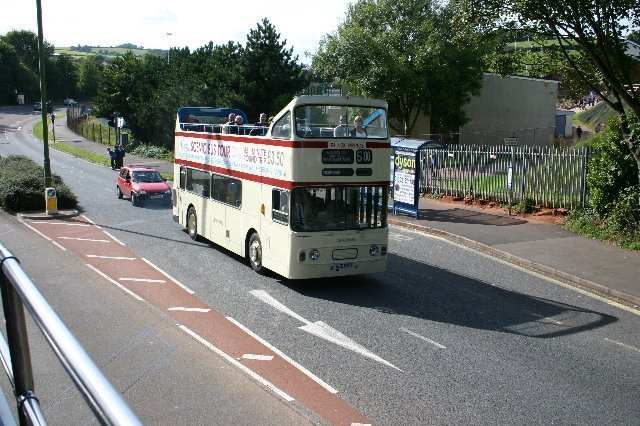 Look out for the No 500 service that serves Paignton Zoo & Broadsands. Here, Ex-Oxford 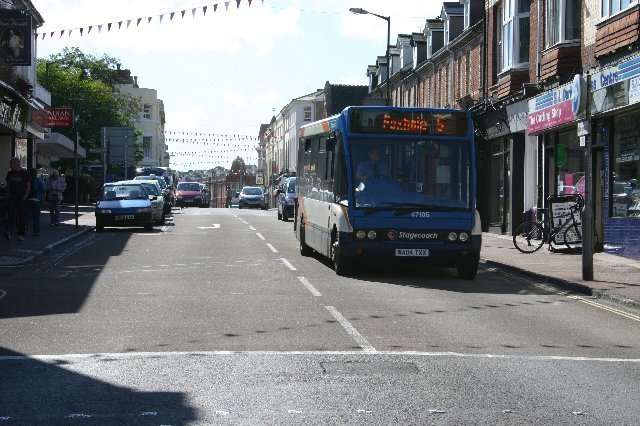 Stagecoach Optare Solo No 47106 in charge of a local No 5 Foxhole service in Paignton. 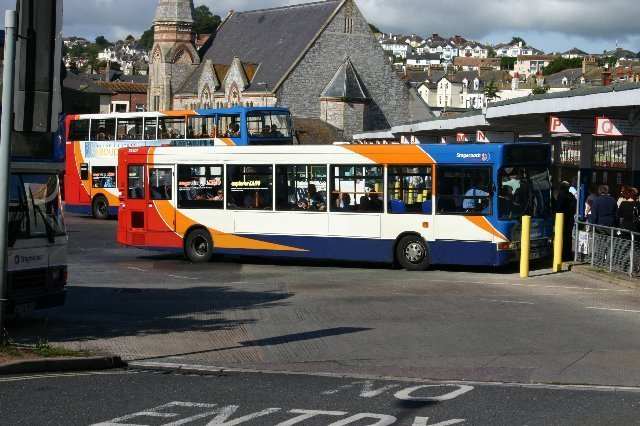 service with Dennis Plaxton Pointer No 34407. 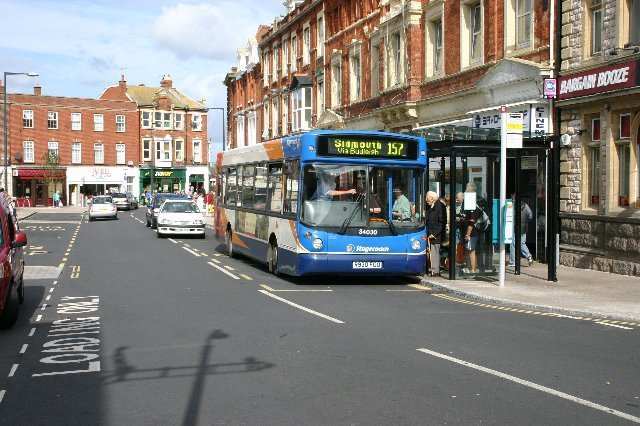 Over to Exmouth now with Dennis Alexander No 34030 on the 157 to Sidmouth. 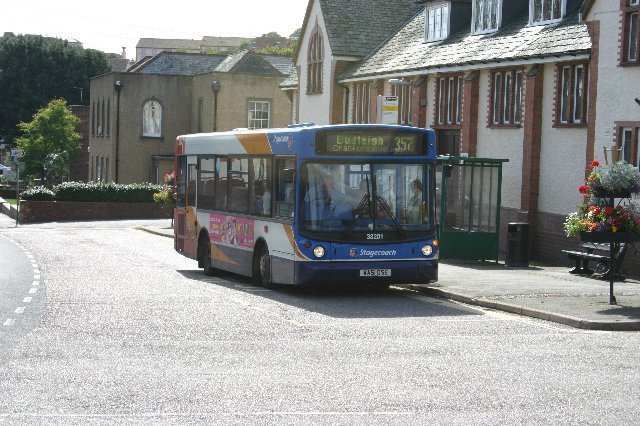 Budleigh Salterton, with Dennis Alexander No 33201 on the 357 service. 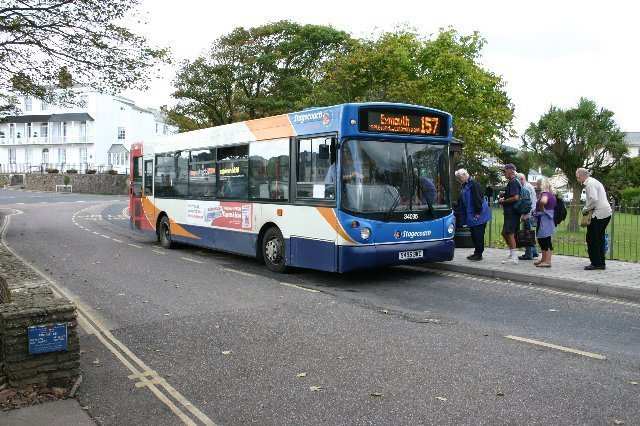 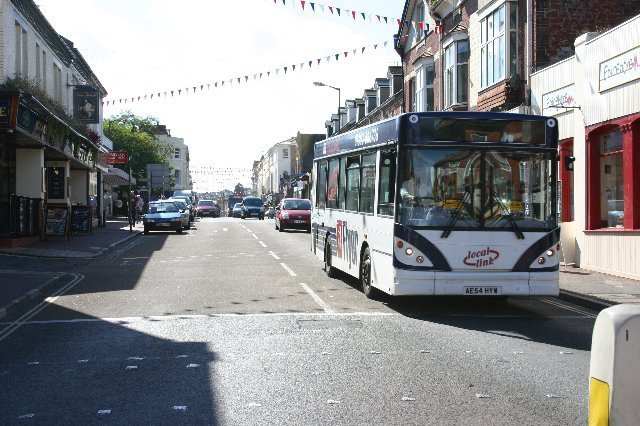 AE54HYW is seen on a 67 Brixham to Torquay (Willows) service. 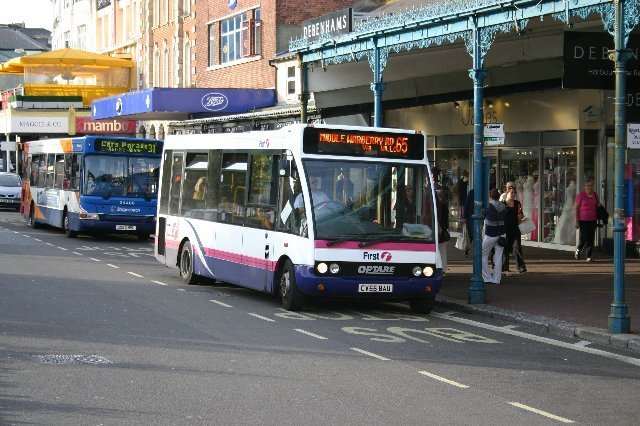 Solo CV55BAU waits at Torquay Harbour with a local 65 service. 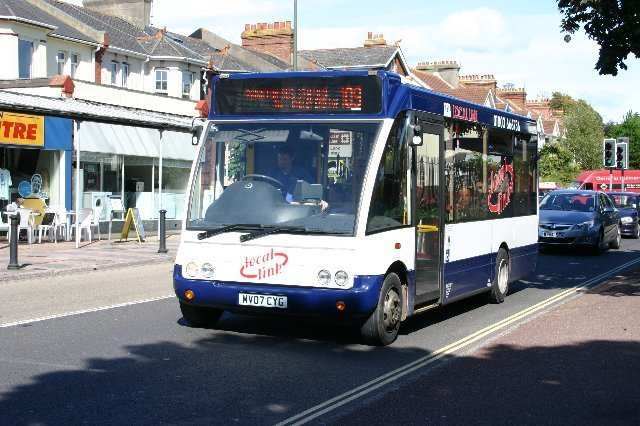 MV07CYG at Paignton on a local No 109 town bus service. 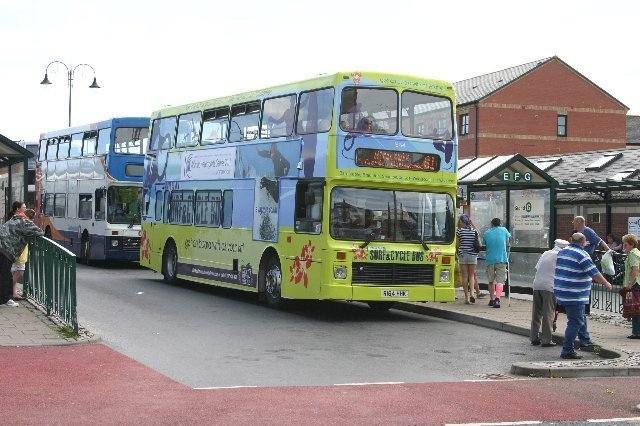 The lower deck, being dedicated to the carriage of surfboards only. 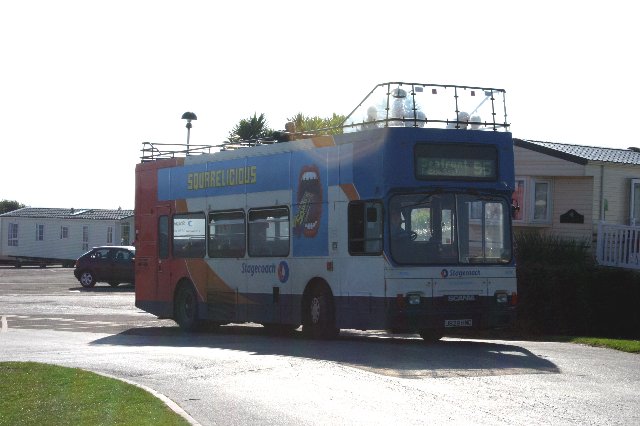 Stagecoach open topper, a Scania / Alexander No 15328 Sir Sidney Smith, waits to return to Exmouth from 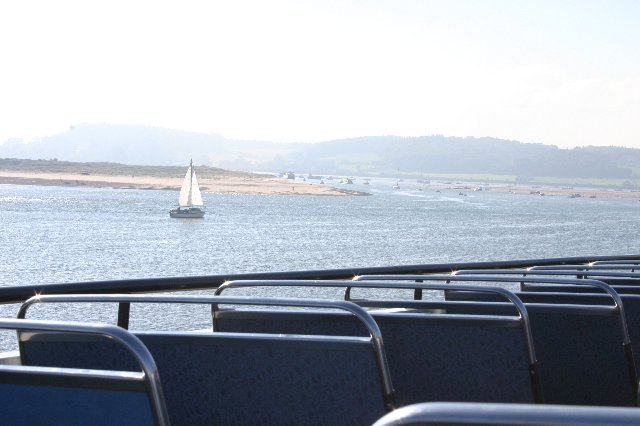