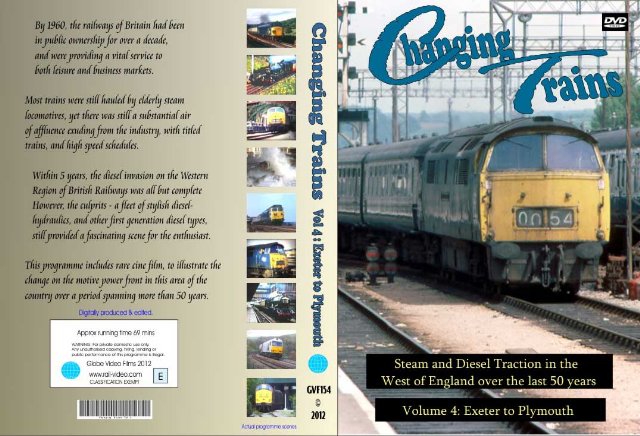 Highlights include: Dawlish Summer Saturday in 1970, with Warships, Westerns, Brush, Peaks and Hymek diesels; 'Warship' and 'Peak' double-head 'The DevonIan'; scenes inside Newton Abbot shed and locomotive works; A Western on the Stoneycombe ballast; Raging seas at Dawlish 2002; Present and past at Paignton; Clay traffic from Heathfield: HST drags over the banks; steam at Ashburton station; freight to Cattewater; Laira depot in 1962 with NBL type 2s, Warships, Westerns etc ....

What our customers say:

This is the fourth in a five part series which will form a definitive DVD collection illustrating more than half a decade of change on this western peninsula.