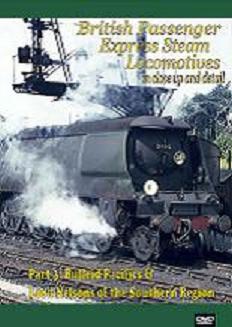 With narration by Nigel Fletcher, and contributions from Drivers, firemen and shed foremen of the day, part 3 looks at the Bullied Pacifics and Lord Nelsons of the Southern Region of British Railways.